Solihull is a pleasant, thriving town in the West Midlands located 9 miles southeast of Birmingham city centre. It is the largest town in the Metropolitan Borough of Solihull.

In Solihull you will find a unique balance between original village buildings such as St Alphege Church and the superb re-developments of the town centre which includes the Touchwood shopping centre offering a wide range of shops, restaurants, cinema  and theatre facilities. 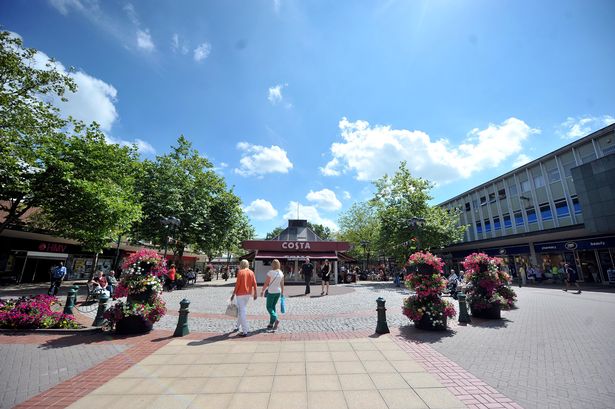 Education opportunities are outstanding within Solihull.  There are a number of excellent schools and colleges within the borough which can be easily accessed by public transport.

Solihull boasts excellent transport links with Solihull Station offering main line commuter services between London and Birmingham. A short distance from the town centre is access to the M42 motorway which provides links to the M5, M6 and M40 motorways and access to Birmingham International Airport and Railway Station, the National Exhibition Centre and National Motorcycle Museum

Solihull also has a thriving business community, both in the town centre and on a choice of expanding business parks which are sited within easy reach of central Solihull.

Solihull really does strike the perfect balance between a bustling exciting place to live with surrounding country side, parks and open spaces complimented by a wealth of convenient amenities.  Solihull is a perfect choice of location in which to bring up a family.

Estate Agents Solihull - Black and Golds would be delighted to help you on your journey to make Solihull your new home! View properties and houses for sale in Solihull

Contact us now for more information, Request a valuation on your property or view our Residential sales and Lettings pages to view properties available.

I would highly recommend Black and Golds

Mike has built a very efficient and friendly team at Black and Golds. Michelle and Maisy looked after my initial sale and then passed on to Laura and Zoe who looked after the sales progression of my house. I would highly recommend Black and Golds to anyone looking to sell their home!

Jason McCarren
They are friendly and reliable

I have recently sold my house through Black and Golds. Mike and his team are very professional with their approach but not to the point that they are unapproachable or condescending as I have found with other estate agents. They are friendly and reliable and most of all caring in their approach to your individual needs.

Tina O’Neil
Fantastic service from the beginning to the end

Fantastic service from the beginning to the end. Helpful friendly and professional staff. Very competitive rates. Nothing was too much trouble and they made the whole process as stress free as possible. Absolutely fantastic.

Amanda Stokes
They were first class

I sold my house through Black & Golds recently and I couldn't recommend them highly enough, from the initial valuation right through to completion they were first class.

Brendan McTiernan
Excellent service from all staff at Black and Golds

Excellent service from all staff at Black and Golds. Zoe especially was our main contact once we sold, she was always professional, courteous and friendly and nothing was too much trouble. Towards the end of the process when there were some problems with the chain she chased up for us to resolve these issues and was efficient in coming back with feedback in an extremely timely manner.

I was delighted with the service from all at the office. it was great to be able to use the services of the firm of solicitors linked to Black and Golds it made the sale much more simple. We had chosen this company because they were local to the house this was a great advantage regarding viewings, Mike gave great advice on how to present the house and the asking price and the cost of selling was lower than others in the area. I would not hesitate to recommend this firm.

Mr Proctor
What a fantastic service

What a fantastic service. Most estate agents, do their best to sell your house. This team go over and above to provide you with the best service you could imagine. They are not just your Estate agents, they became our mentor, advisor and at times our negotiator. They supported us throughout the move and were always there for us. We successfully sold our house in just under three weeks. Thanks again team. you were great.